Contemporist
3 days 14 hours ago
Furman + Keil Architects has designed a new home located in Spicewood, Texas, that uses limestone as a feature material throughout the home.
Erin

AllAfrica Urban Issues
3 days 14 hours ago
[Namibian] THE municipality of Walvis Bay on Tuesday directed those who were allocated houses under the Massive Urban Land Servicing Project (MULSP) to move into their houses. 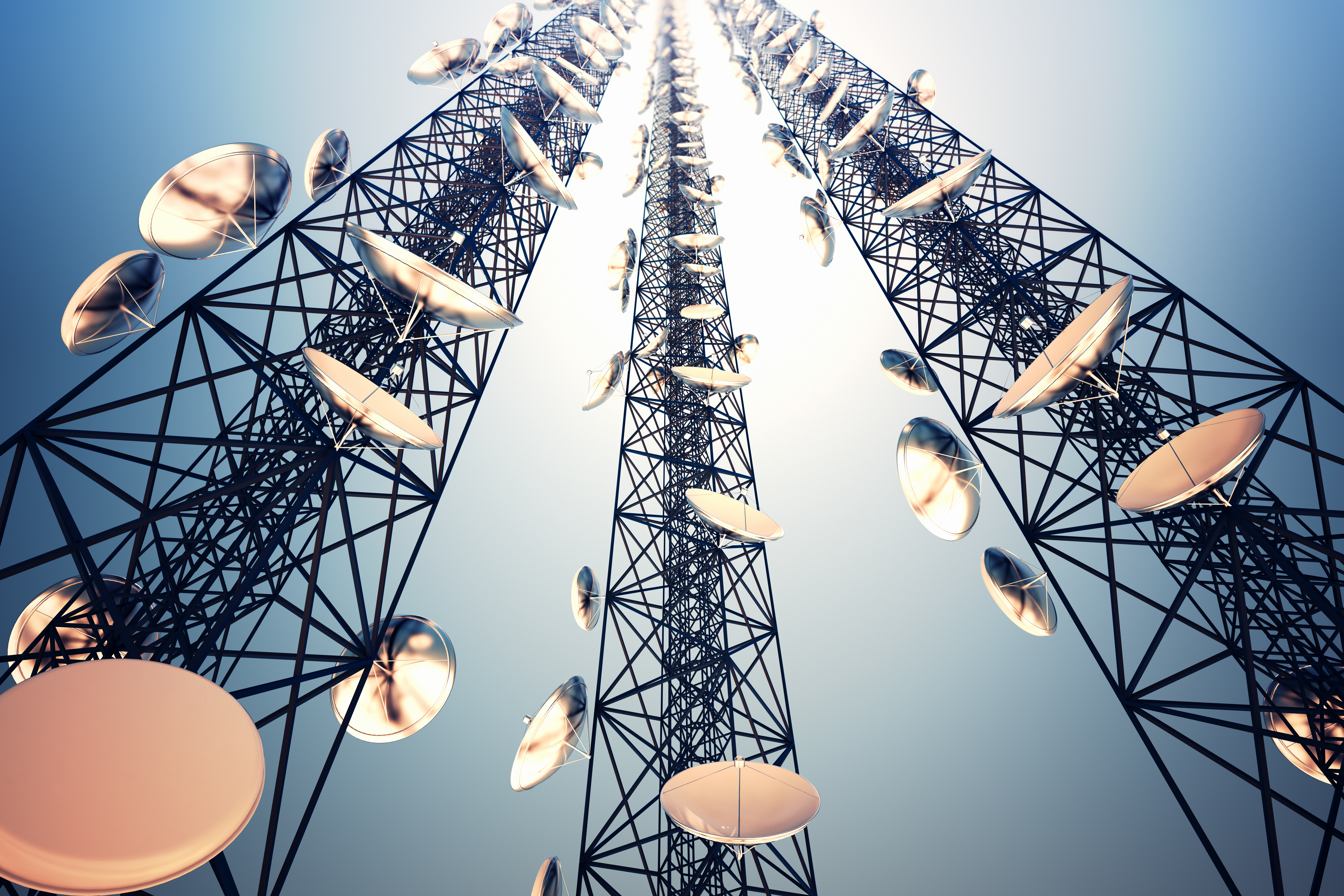 Samsung claims to have achieved a new 5G data speed record, delivering a massive 5.23 Gigabits per second (Gbps) to a single device. This record was set by passing some of the load to 4G frequencies at the same time, all while using commercially available tech.

AllAfrica Urban Issues
3 days 15 hours ago
[Nation] A Sh6 billion affordable housing project by the county government of Mombasa, in partnership with a private developer, will go on after a petition by some residents of Buxton estate challenging its implementation was dismissed by court.

Another great feature of IKEA is the constant product updates that their huge design team makes almost every month. And of course, any update is accompanied by an inspiring photoshoot with ideas and advice on how to fit these items into your interior. In February, IKEA released a special catalog with new products, and it...

AllAfrica Urban Issues
3 days 15 hours ago
[Nation] Private developers have been given 30 days to demolish 20 permanent buildings and structures in Umoja estate as a roads agency begins the Sh902.7 million project. 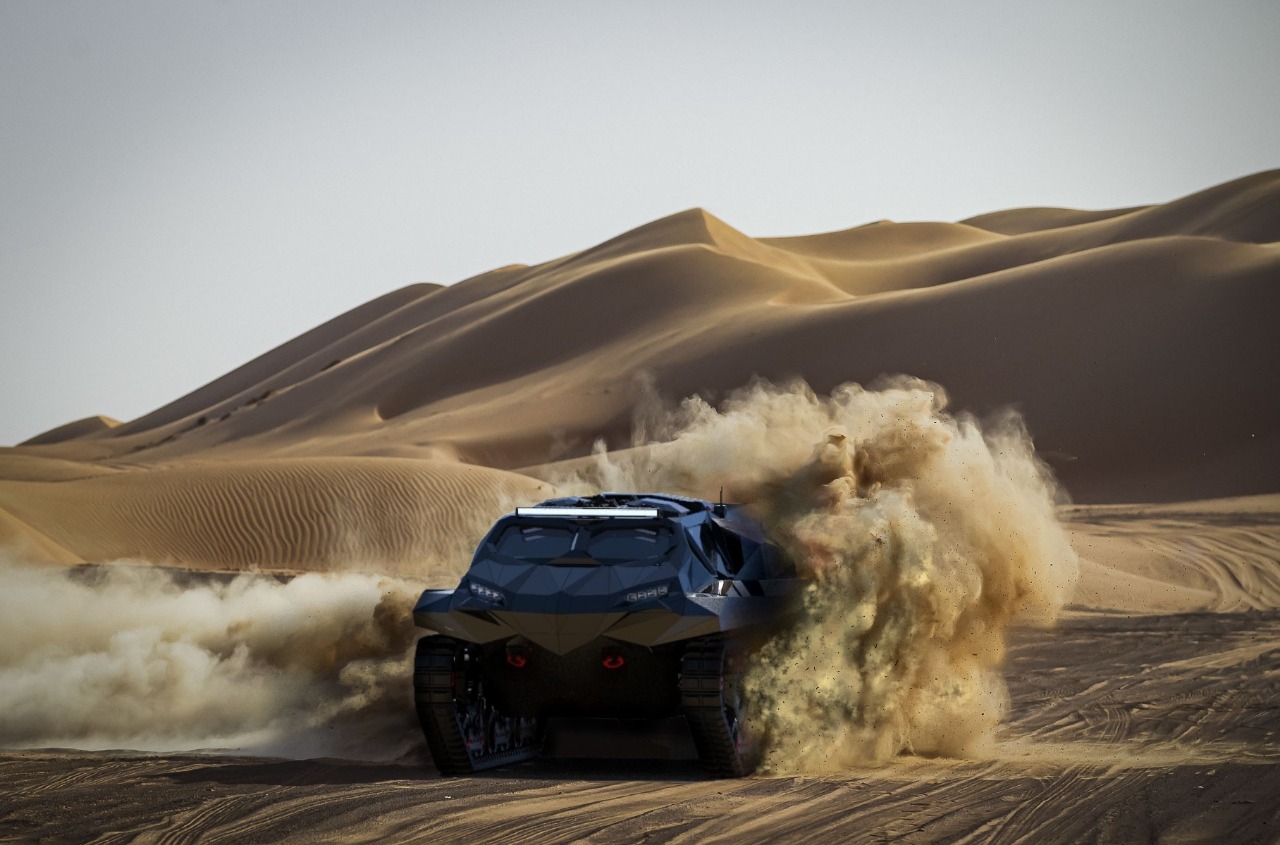 Ukrainian company Highland Systems has debuted a unique multi-role armored vehicle at the IREX defense expo in Abu Dhabi. The Storm is an armored MPV with a hybrid powertrain and fully amphibious capabilities, with a submersible version coming.

Bladder vaccines treat UTIs and keep them from coming back 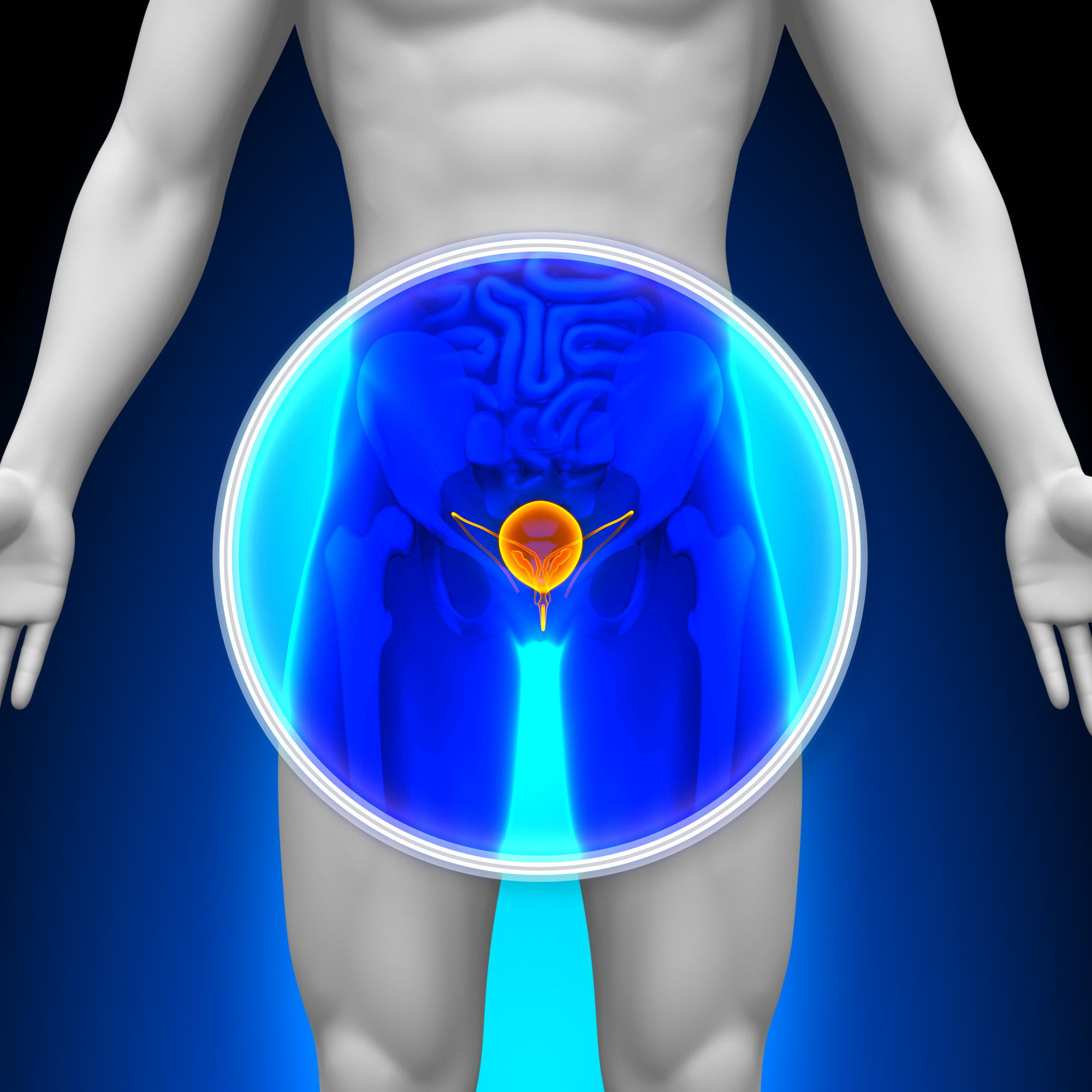 Urinary tract infections (UTIs) are a common and painful infection that can be surprisingly persistent. Now, researchers at Duke University have developed a vaccine that can be delivered via catheter to clear out the bacteria and prevent infections from recurring. 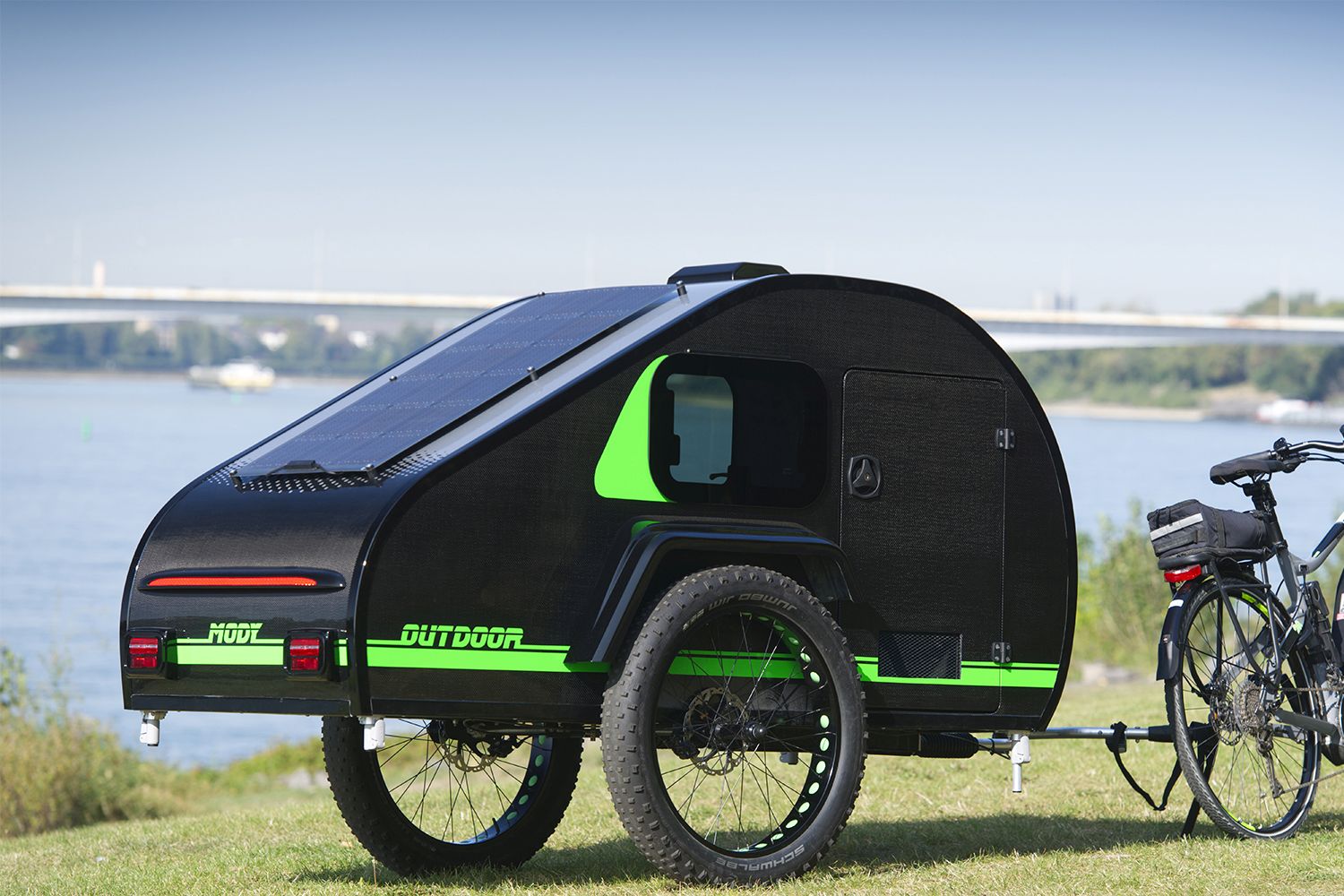 Both RVs and bicycles are enjoying soaring pandemic-boosted popularity, and ebikes continue becoming more and more capable. It seems only natural, then, that the bike camper market finds itself maturing beyond oddball, one-off garage creations to polished retail trailers. Over the years, we've seen a small but diverse array of European bike caravans, from the folding Scout, to the inflatable B-Turtle, to the amphibious Z-Triton. Now another emerges in the form of the Mody bicycle caravan, a classic tiny teardrop made from lightweight composites and specced for road touring, mountain biking or a little of both.

Cannabis use linked to more rebound headaches in migraine sufferers 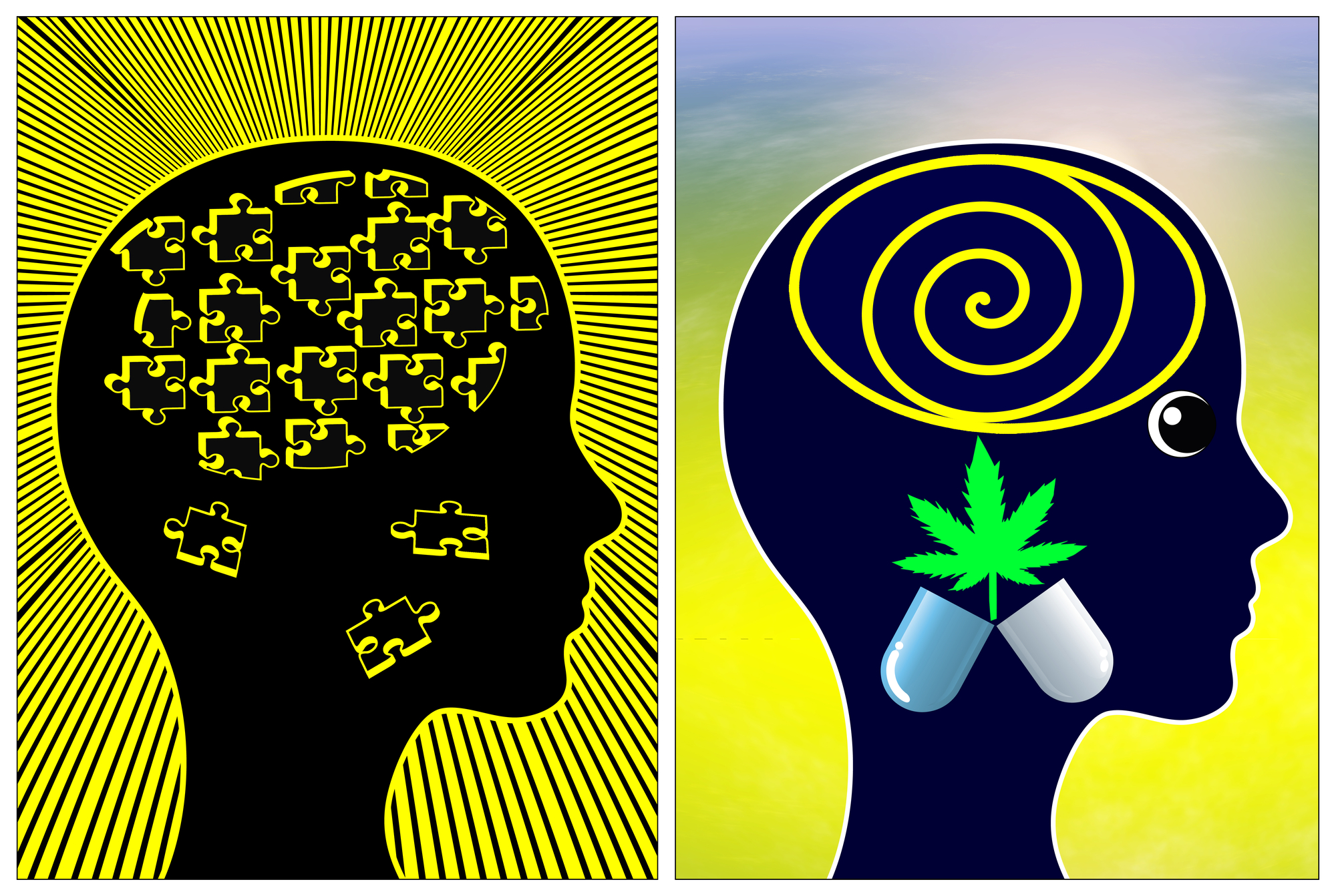 New research from scientists at Stanford University School of Medicine suggests cannabis use can be linked to higher rates of "rebound headaches" in migraine sufferers. The research is observational and retrospective, but it is yet another finding questioning how helpful cannabis is for chronic migraine patients.

Lime's old ebike batteries to be repurposed in Bluetooth speakers 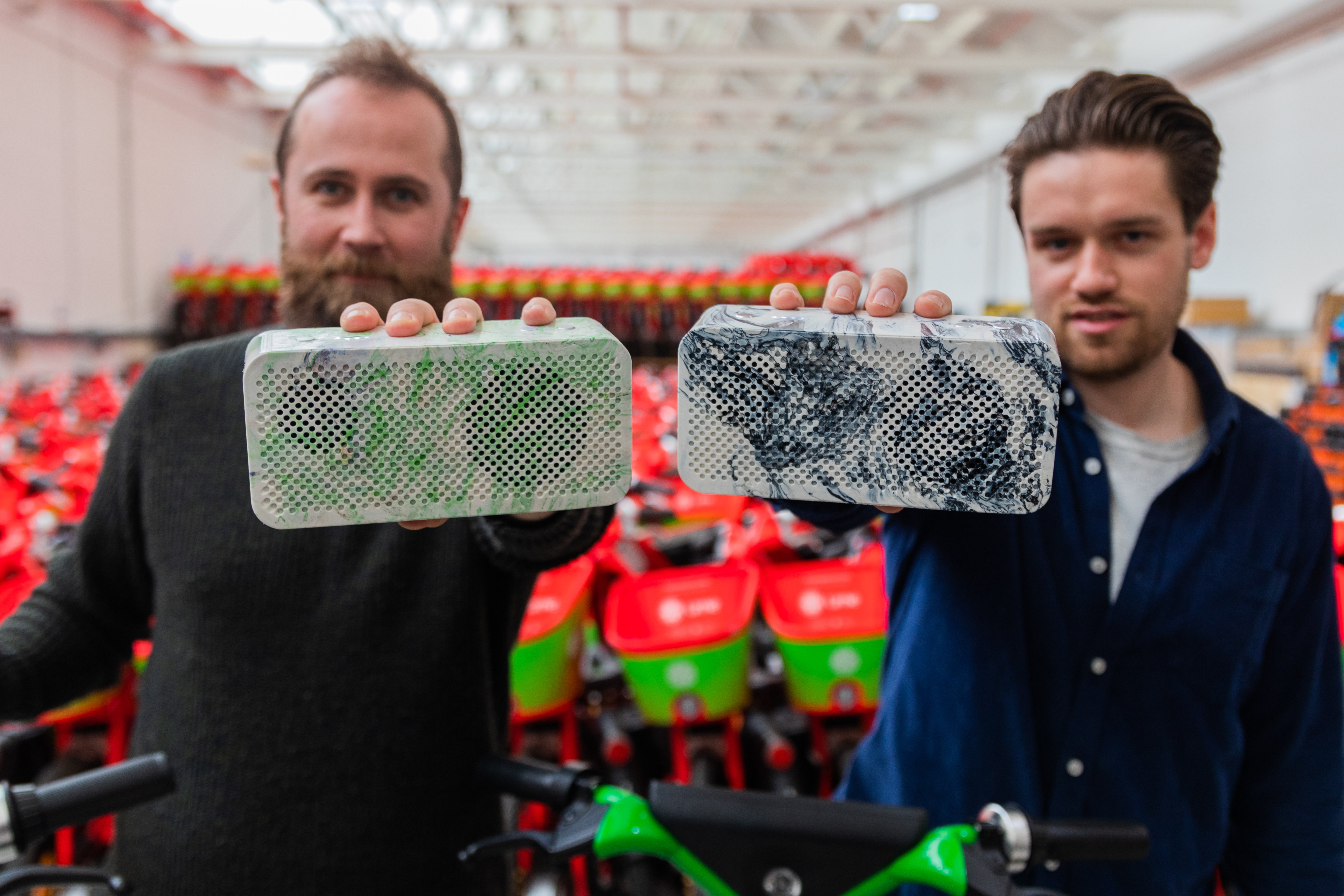 With a number of automakers outlining intentions to repurpose old electric vehicle batteries, we're seeing how these devices can gain a second life after serving their primary purpose. Lime has now revealed similar plans for those powering its electric bikes, which will be recovered and recycled for use in "zero-waste" Bluetooth speakers. 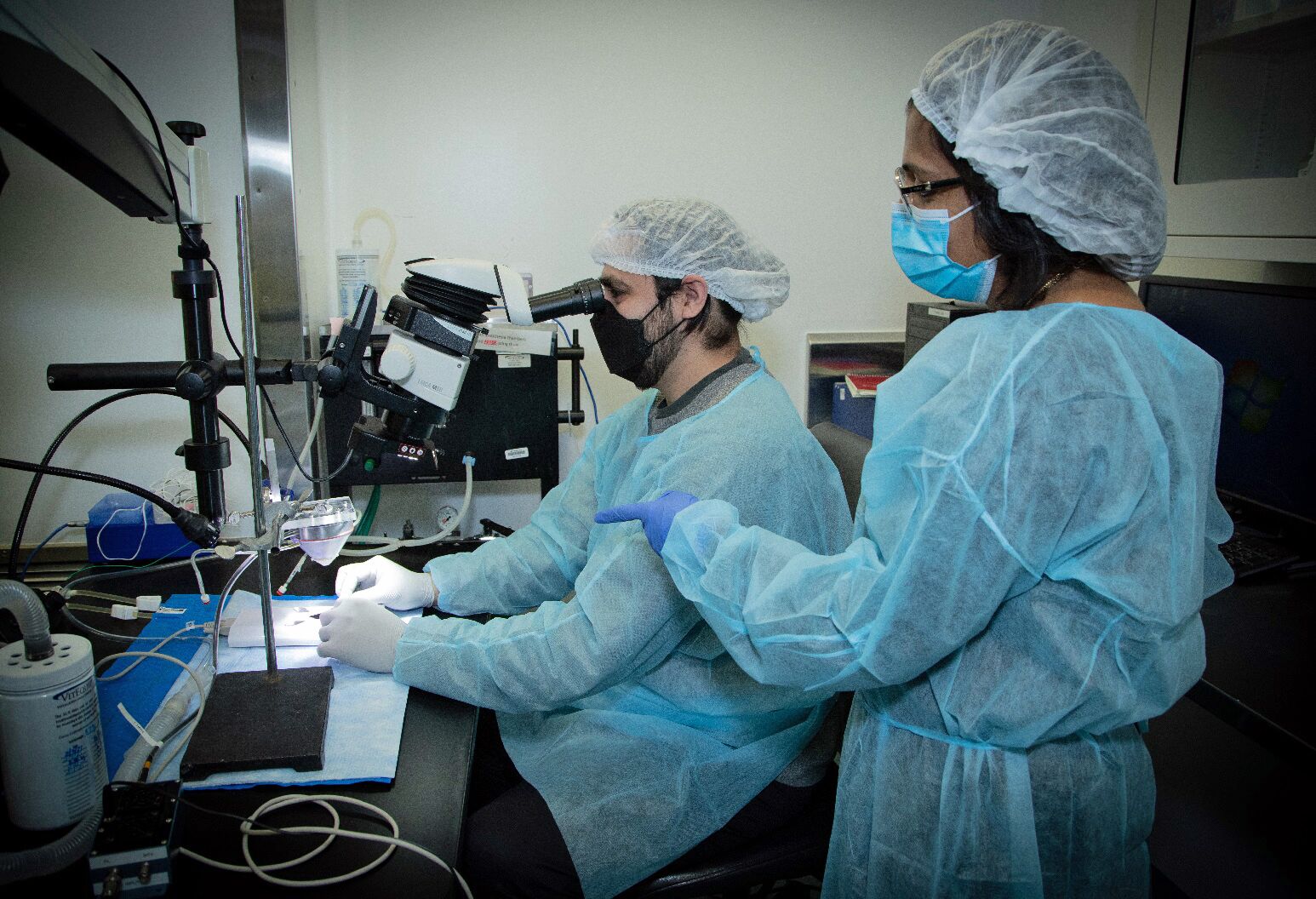 Obesity is one of the most pressing health problems in the world today, but a new study suggests a potential non-invasive treatment. In tests in mice, researchers found that directing ultrasound pulses to the liver helped reduce a number of markers associated with obesity. 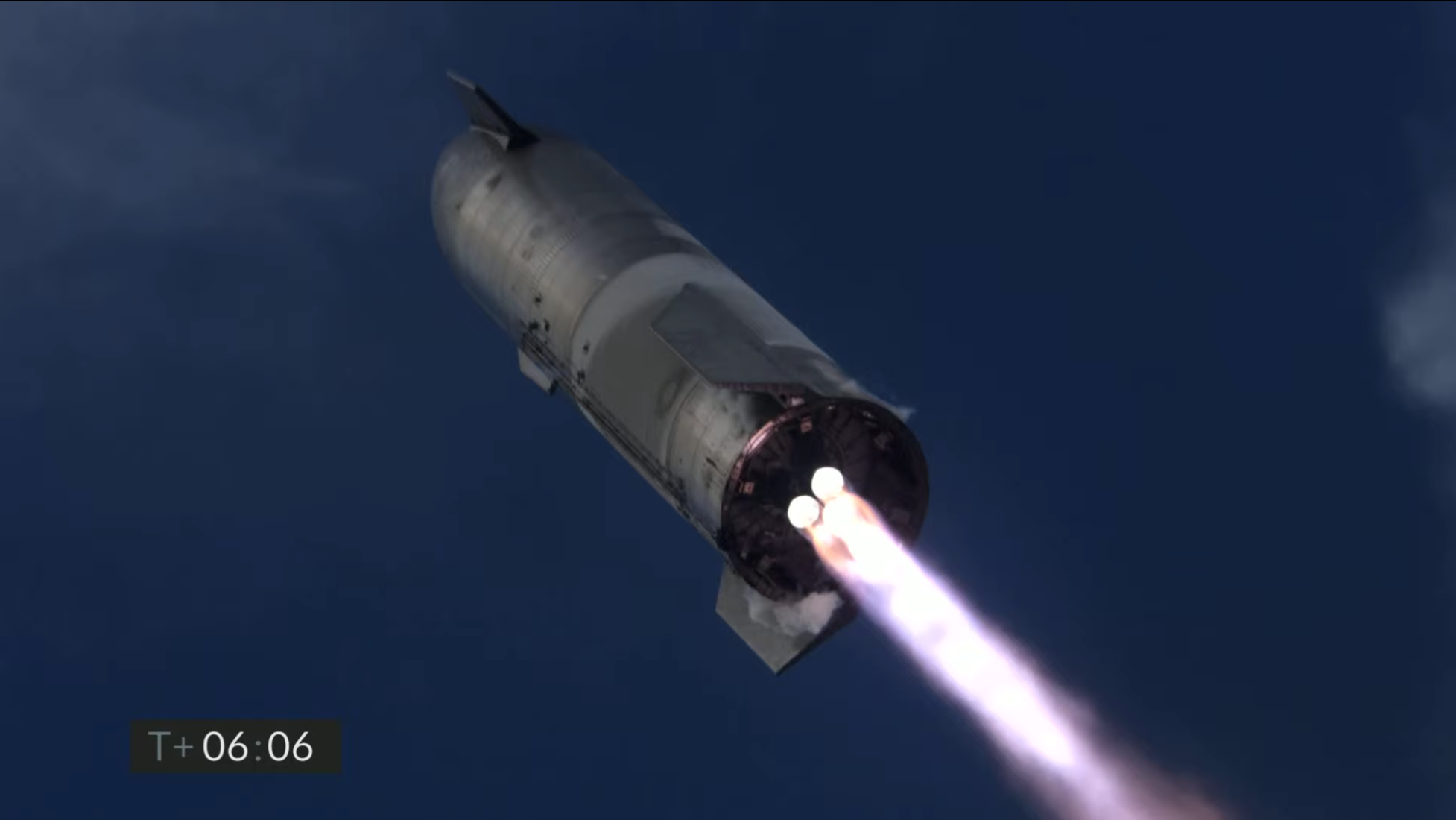 SpaceX has made a miraculous first landing of its Starship spacecraft, a momentous step forward in the company's ambitions to reach the Moon and Mars. The landmark test flight follows less successful attempts in which earlier Starship prototypes exploded on touchdown, demonstrating a groundbreaking landing technique unique for a vehicle of its size. 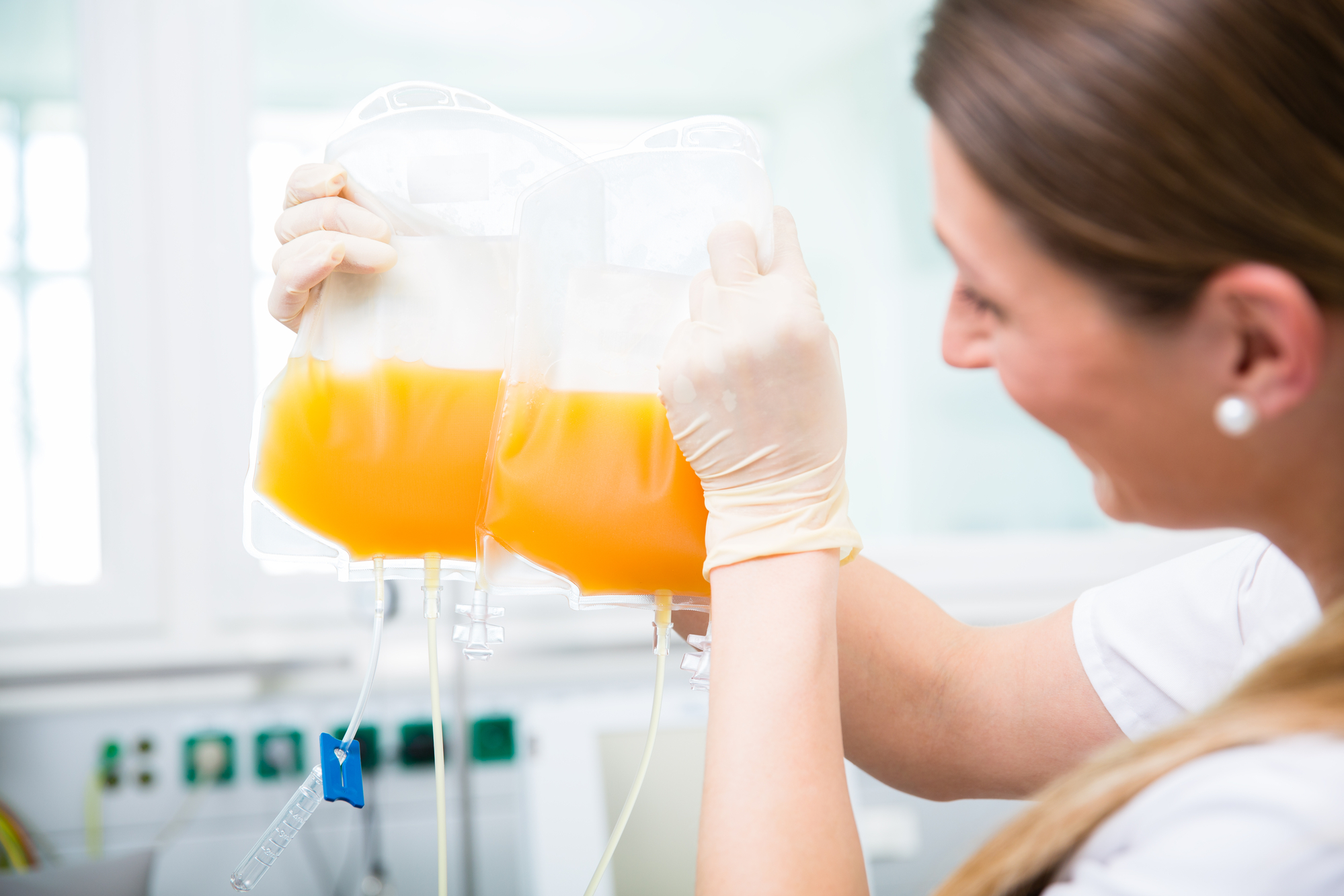 A clinical trial run by the National Institutes of Health exploring the efficacy of convalescent plasma in treating mild to moderate COVID-19 patients has been halted. The once-promising treatment was deemed unlikely to be of any benefit and follows on from prior trials halted for similar reasons. 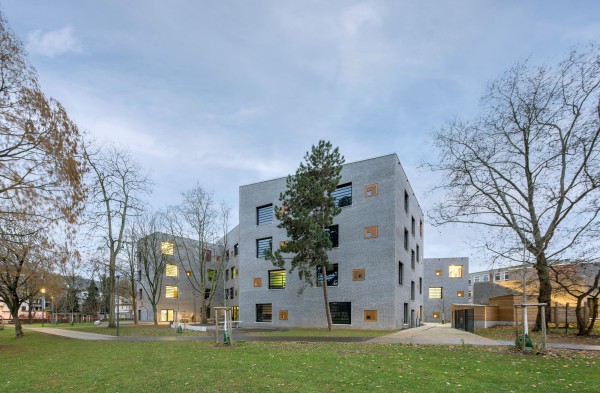 Bildungslandschaft-Altstadt-Nord . Cologne gernot schulz : architektur . photos: © Stefan Schilling Fotografie . © Gernot Schulz The Bildungslandschaft (Educational Landscape) in the north of Cologne city centre results from a joint initiative of the City of Cologne and the Montag Stiftung Jugend und Gesellschaft (Montag Foundation for Youth and Society) in Bonn. The basic … END_OF_DOCUMENT_TOKEN_TO_BE_REPLACED

A Daily Dose of Architecture Books
3 days 22 hours ago 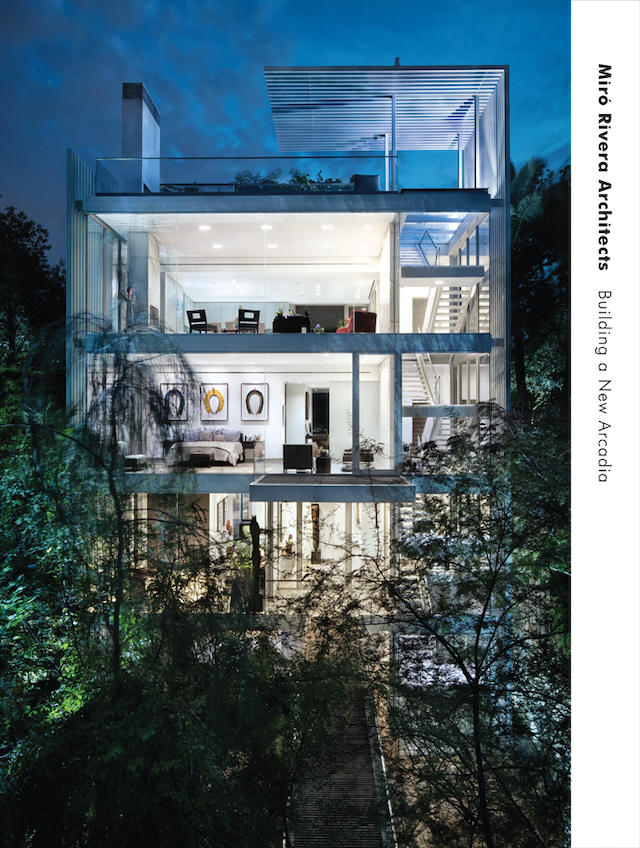 PUBLISHER'S DESCRIPTION:
Over the course of twenty years, acclaimed studio Miró Rivera Architects has produced an innovative, refined, and imaginative body of work—both modern and respectful of time-honored building traditions—that embodies the particularities of place and blurs the line between art and architecture. The firm’s diverse practice weaves together a commitment to craftsmanship with a honed sense of materiality and space to create structures at once elegant, controlled, and pleasant to inhabit. In all, Miró Rivera Architects has won more than one hundred design awards and represented American architecture at exhibitions worldwide.
The first from the firm, this volume provides critical insight into the studio’s creative process through texts, 95 drawings, and 231 photographs, exploring two decades of work that has helped bring Texas architecture onto the international stage. Featuring essays by Michael Sorkin, Nina Rappaport, Juan Luis de las Rivas Sanz, and Carlos Jiménez—prominent thinkers in urban design and architecture—and new images by renowned photographers Iwan Baan and Sebastian Schutyser, this book examines Miró Rivera’s approach to Austin as a “landscape city” and situates the firm’s work in a global context related to concepts of nature, urbanism, sustainability, and history.
Miró Rivera Architects is an architecture firm based in Austin, Texas, that has garnered over one hundred design awards, including the AR Emerging Architecture Award and Texas Architecture Firm Award, and that was recognized in ArchDaily’s 2018 list of the world’s best architects. Juan Miró has lectured and published extensively on the work of Miró Rivera Architects and the role of the architectural profession in civic life. He is the David Bruton, Jr. Centennial Professor in Urban Studies at the University of Texas at Austin and a fellow of the American Institute of Architects. Miguel Rivera is a fellow of the American Institute of Architects and a recipient of the AIA National Young Architect Award. He has lectured in the United States and abroad, and his work has appeared in numerous exhibitions throughout Europe and Latin America.
REFERRAL LINKS:

dDAB COMMENTARY:
For me, two projects define the Austin architecture firm of Juan Miró and Miguel Rivera: the pedestrian bridge connecting a house and guest house they also designed; and Circuit of The Americas (COTA), a massive sports venue made up of multiple parts (grandstand, amphitheater, observation tower). Outside of the fact the firm designed a couple pedestrian bridges to allow visitors to traverse the Formula One racetrack to access the different parts of COTA, the two projects are miles apart typologically. They are also quite different in terms of scale, with the pedestrian bridge serving a family and its guests and COTA able to host 120,000 people for races, soccer matches, concerts, and other events. There are formal similarities, in the bridge's bar guardrails and the observation tower's bright-red tubular "veil" — gestures that repeat in other projects, as revealed in the spreads below — but it's diversity that seems to tie the firm's buildings together.
Michael Sorkin echoes the variety of the firm's output in his posthumous preface: "What might otherwise be called a 'style' seems so indigenous and assumes so many guises that it evades any analysis that tries to isolate or refract its particular vocabularies and moves." The "guises" focus on two types of projects: single-family houses and public buildings. Following Sorkin's text and one by Juan Luis de las Rivas Sanz, Juan Miró's "The Landscape City" briefly describes Austin's urban fabric in words and then follows them with a visual presentation of ten houses ordered by neighborhood density, from 4 houses/acre in the city's Clarksville neighborhood to <0.1 houses/acre outside the city. The houses are presented in more depth in the next part of the book, where they — intentionally, I'm guessing — alternate with public buildings.
Flipping through the monograph's presentation of twenty completed buildings, the ones that stand out the most, aside from the pedestrian bridge and COTA, are the public buildings. These range from a unisex restroom on Lady Bird Lake Hike and Bike Trail to Citica, a mixed-use tower in Monterrey, Mexico, with a striking trellised facade (third and fourth spreads, below) that shades a public plaza as well as its commercial tenants. Nina Rappaport, in her essay at the back of the book, calls this quality evident in Citica and other projects "duality." Most overtly visible in COTA, the non-residential projects illustrate the firm's ability to create memorable forms all the while providing pleasing public spaces. This is Architecture 101 stuff — don't repeat yourself; think of how people use your buildings — but the resulting buildings are far from textbook.
What sets this monograph apart from others is the documentation, especially the drawings. The photographs are beautiful, but the same can be said about dozens of other monographs. (That said, Sebastian Schutyser's pinhole photos at the front and back of the book are a slight remove from the norm.) As first evidenced in "The Landscape City" chapter, with twenty pages of site plans and floor plans, the drawings are commendable for their consistent appearance; I particularly like the light-beige backgrounds that makes them easy to read. About half of the buildings go beyond the typical plans to provide details: large axons that are informative and beautiful. These drawings, which must have been specially made for the book, highlight particular assemblies worthy of the reader's attention and, in the case of exploded axons, peel away the facades and other layers to reveal the spaces within. These twenty buildings spanning twenty years make me eager to see what the next twenty years hold for Miró Rivers Architects.
SPREADS: 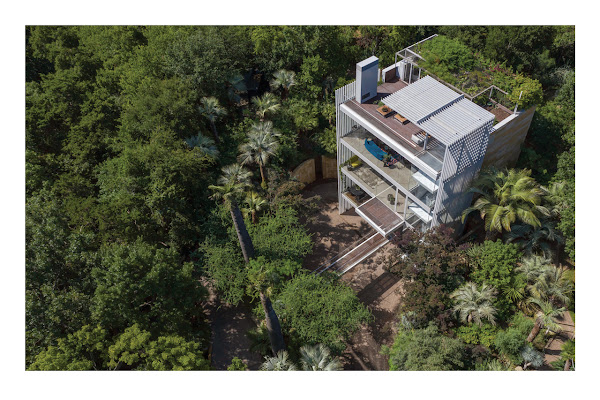 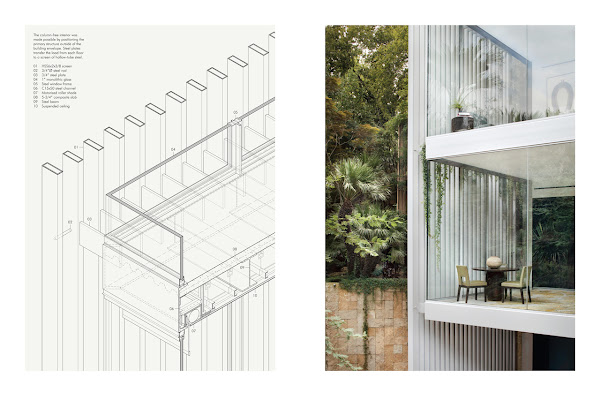 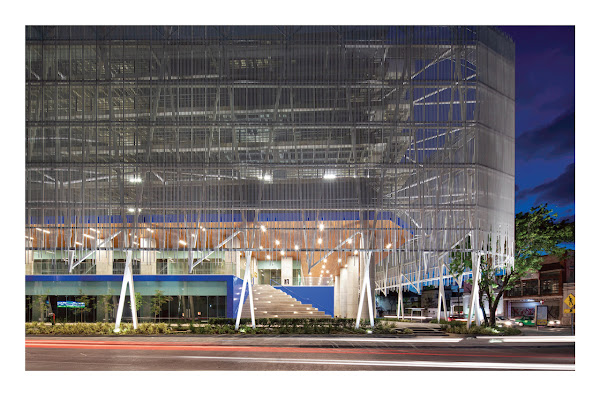 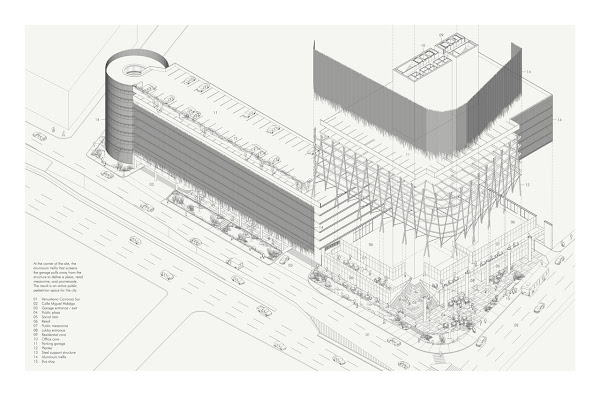 Event: "Remembering: We are safe and all is well in our world" Rui Mateus Amaral

In the winter of 2017, Toronto-based curator Rui Mateus Amaral opened the exhibition, We are safe and all in our world featuring works by Chris Curreri, Robert Gober, Robert Mapplethorpe and Paul P. At the time the exhibition was conceived as an allegorical atmosphere: an acknowledgment and physical reaction to a changing world. Four years later and in the context of a global pandemic (which the exhibition pointed to), Mateus Amaral will reinterpret the project's elements, unpacking his curatorial strategies, feelings and references throughout. This talk will offer thoughts on self-permission, doubt, exhibition-making as a creative act, beauty, history, politics, language, loss and survival.