Disputes plague breakthrough land claim settlement :Multi-million rand farming operation on 2,425 hectares was expected to be a win-win for former owners and claimants

As government prepares to hand over a multi-million rand farming estate outside Melmoth in KwaZulu-Natal to successful land claimants, tensions are rising between the community, the land claimants’ trust, and the white former farmers, who are staying on to manage the farm to mentor the new owners.

Members of the Emakhasaneni Committee Trust are unhappy with the way the former owners are managing the transition, while the farmers say the claimants are only in it for the money and have no interest or feel for agriculture.

“The painful memory of being forced to leave the land of my forefathers still lingers … No amount of money can make up for the pain and suffering I went through,” says 78-year-old Bekeni Bethwell Dludla.

A farm labourer at the age of ten in the 1950s, he is one of 99 land claimants in the Makhasaneni area, who lodged claims in December 1998. Their claim went through in May 2018 after the farm owners agreed to sell.

Government bought the 2,425 hectare Manzini Estate, owned by the Aitken family, on behalf of Dludla and the other claimants, and the Emakhasaneni Committee Trust was formed to take over operations of the estate on behalf of the claimants.

Dludla recalls his childhood: “It was our land, but they would not allow us to keep more than five cattle. If we exceeded five we had to either slaughter or sell the rest. He [the farmer] made us work for a food ration of milk from our own cows and mealie-meal. At the same time, we earned the right to stay on the land and our cattle were allowed to graze.”

Then in his 20s, he and his mother were thrown off the land.

In November 2019, he received R60,000 payment from the Makhasaneni Trust and there were promises of more to come. But today he feels once again deceived, and is disgruntled because other family members have received no payment and it is causing divisions.

“My forefathers died and were buried on the land; they lay in that land even today. My father’s dying words were that the land must come back … All we get is small payments. How does that make up for our lost land?” asks Dludla. 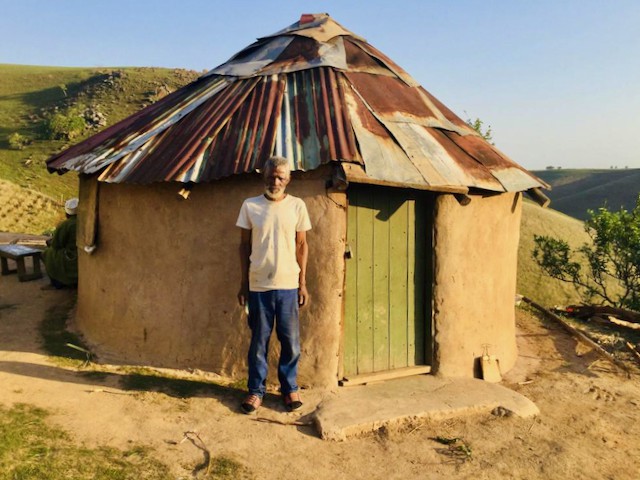 “No amount of money can make up for the pain and suffering I went through,” says 78-year-old Bekeni Bethwell Dludla.

According to the Office of the Regional Land Claims Commissioner (RLC) the claim was lodged by Dumisane Cleapas Dludla on behalf of the Makhasaneni community. Landowners disputed the validity of the claim and it was referred to court for adjudication.

The agreement reached was to form the Manzini Timber and Sugar Estate (MTSE) to conduct timber and cane operations on the land, with a shareholder’s agreement in which Manzini Estate (former owners) holds 40% and Emakhasaneni Community Trust (the claimants) holds 60% of the issued share capital.

Management fees of R100,000 per month and R100,000 “rent to own fee” for equipment would be paid by Manzini Timber and Sugarcane Estate to the former owners. A lease agreement covers the land, standing crops, and water rights.

Some of the rental would be used to make payments to beneficiaries and depending on the success of the business it was agreed that annual dividends from profits would be added. But there are now tensions between community members vying for payments. The trust leaders say the payments made in the past two years are no longer sustainable and this has created tensions and suspicion in the community.

There also appear to be misunderstandings between the trust leadership and the former owners on the roles they are to play in managing business operations and mentoring through a ten-year skills transfer initiative.

“We are beginning to question whether forming a partnership with the former white owners was a good idea as none of our agreed terms are coming to fruition. We feel that the 40% stake we gave them in the company is too much as government paid them over R180 million for the land. It feels as if they are still controlling the land,” says Mandla Dludla, chairperson of the trust.

“The government agreed to buy the land on the basis that the farming project continues. It gave us no further funding on the basis that proceeds from the business would help pay the beneficiaries from the community. If people would go back on the land, they would practise subsistence farming removing the economic benefit of the business. We agreed to bring in former white owners because we did not have the know-how to run the project,” he explains.

But Dludla says they are unhappy about being excluded from decision making; that members of the community are not being employed in the numbers they anticipated, and that the management fees are too high.

He feels the former owners are neglecting the farm in comparison to when they were sole owners.

Philani Mkhize, a land activist from the organisation Justice and Peace Commission says, “With the tensions between the Trustees and the old farmers the ten-year partnership may not see its full course. Without proper mentorship the business may not survive if the old farm owners are no longer involved. We feel that the Department of Agriculture, Land Reform and Rural Development should lodge a full investigation into the partnership and provide enough support for claimants to carry on after the white farmers. As we have observed in the area many restituted farms have failed to survive.”

Meanwhile a beneficiary such as Zwide Nxumalo, living in Makhasaneni Village, points towards the mountains in the north and says, “Although we won the land, we were told we could not go back, that we would get money every year instead. But now there is no communication about money, and it worries me.”

Nxumalo has received one payment, last year. He is waiting for another payment to help him cover his son’s college fees. “If there are flaws in the payment process, they will force us to go and claim our land back,” he says. 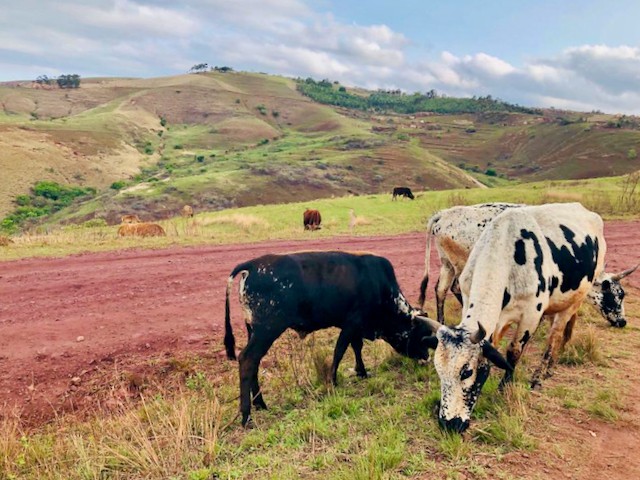 Brian Aitken, Managing Director of Manzini Timber and Sugar Estate, whose family were the former owners of the land, says, “The problem is that we are dealing with a disorganised group of claimants who have no feel for agriculture. They are in it for the money. The reason why we stayed on was out of love for farming. I personally want to be remembered after ten years as a white farmer who helped to start a successful farming project for black farmers.”.

“At first we disputed the claim before agreeing to sell four years ago. Selling the land and leaving our home was not an easy decision. I cried because l was very emotional. I was born and brought up in the area. I had worked my whole life paying loans to build the farming estate,” he says.

“Eventually, we agreed to sell at R186 million. We agreed to stay on for ten years and groom the beneficiaries to eventually run the business going forward. At first, we asked for 60% shares in the business, but the government got us to settle for 40%.

“Government did not buy equipment for the claimants. How did government expect a community which is being restituted to run a farming operation without equipment? Our equipment was revalued at R17 million by external valuers, but we agreed for it to be paid off at R15 million over ten years. That is the sacrifice we made for the business to keep going,” he says.

“Currently, we have planted 2,000 hectares of timber, 400 hectares of sugarcane and we have just started on a 25-hectare plantation of macadamia,” says Aitken.

Aitken said he had received letters from the trustee lawyers accusing him of meddling with the affairs of the trustees. This arose after some of the beneficiaries had approached him with complaints about the payments.

“This is a multimillion-dollar project with a yearly turnover of R40 million, employing 400 employees. We have ploughed R50 million worth of timber, it is no child’s play, and we cannot afford to mess things up.”

“Out of a long list which came from the community it was only practical to bring in four interns who have potential to be mentored into the business.”

“My concern is to see the success of the project, and my hope is for the community to reunite.”

“I have asked that one day my ashes should be spread on a hill adjacent to my home in Melmoth because that place will always hold a special place in my heart,” said Aitken.

Published originally on GroundUp .  © 2020 GroundUp. This article is licensed under a Creative Commons Attribution-NoDerivatives 4.0 International License. Banner image: Zwide Nxumalo standing at his homestead in Makhasaneni Village points towards a mountainous area in the north where his forefathers used to live. Photos: Kimberly Mutandiro
Land Reform
Redistribution of Land
South Africa
Rural Development

News
Following the fire bombing of more than 30 freight trucks across the country several groups call for an end to hiring non South African nationals in transport sector.

News
Seventy shacks were destroyed and 197 people left without homes when a fire ripped through an informal settlement in Langa on Thursday morning.